The fear of death follows from the fear of life.A man who lives fully is prepared to die anytime

Grief is the price we pay for loving - we cannot grieve for someone we did not love. There are many books available on the subject of bereavement and, although some authors speak about the "stages" of bereavement, one should preferably talk about the "symptoms" of bereavement. These symptoms occur and recur until there is an ultimate acceptance of what has happened and a reorganisation of one's life without the person who has died. There is no time scale for this bereavement process. It may last for only a short time, or for many years. Some will work through it by means of their own strength; some will draw on the strength of their religion; some will require outside counselling and help. Every loss will affect the bereaved differently.The intensity and duration of the various symptoms of bereavement are influenced by a variety of factors:

10 Things to say to someone in grief

Death represents a loss and resulting deprivation. This loss causes us to grieve and, through grieving, to come to terms with that loss, to accept it and to learn to live without that person we loved. Before discussing the symptoms of bereavement, a word of encouragement to those who mourn. Some people will avoid you after a death - not because they don't feel for you, but because they don't know what to say to you. People who don't show any emotion are classified as "brave, strong and able to cope", but what the observer may be saying is "thank goodness they didn't break down and cry because I wouldn't have known what to do!" Even though old friends may avoid you, and invitations may dry up, allow your emotions to be expressed as freely and naturally as you need. Tears help wash away pain and hurt. Tranquillizers and pills only delay or suppress the emotions - they are not a cure for bereavement. Bereavement is not an illness - there is no way round it, one can only work through it, as if one were going through a tunnel. Someone once described bereavement as "being in a foreign country with no sign posts, and unable to speak the language.

Shock, numbness : Everything is in a haze, empty, unreal, remote; there is a tenseness in the throat, a tightness of the chest, muscular weakness, and a feeling of emptiness in the stomach; inner tension is present; we walk around stunned and in a daze, we cannot think clearly, there is a disbelief and denial at the news of death, we become frozen in time, distanced as if in a dream or watching a film; we shut our minds to the bad news; we become terribly anxious about the future and experience a sense of panic and helplessness; we find it difficult to make a decision or have a sense of proportion; we filter out what people say and ask the same questions over and over again, never hearing answers; there are often sudden, uncontrollable emotional outbursts of crying, sighing or even laughing, with rapid swings over a wide spectrum of emotions; we become fatigued, tearful, apathetic and tire easily, but often are unable to eat or sleep; in some cases the bereaved will show the same physical symptoms as the deceased; often the bereaved will search for the deceased and imagine they see him/her. These symptoms may be intense, lasting for about two weeks, and be replaced by others, or they may be of a shorter or longer duration. There is a statistical time scale, but death is not a statistic; it is a reality and there is therefore no right or wrong duration. What the bereaved can expect is that the first anniversary of the death will create a similar intensity of emotions as those experienced when the death occurred - but be comforted in the knowledge that this is normal and natural.

Guilt : may be caused by a variety of reasons: hard words; arguments; regret at not doing something one felt one should have done; unspoken thought, particularly before death, such as "I can't take much more, I wish he would die soon"; un-kept promises; guilt just from being the survivor; in fact, anything of the "if only..." kind. Often the bereaved search for evidence of failure towards the deceased and accuse themselves of negligence and exaggerate minor omissions. In any loss other than death, there is always the opportunity to say "I am sorry", but loss through death denies us that; hence guilt is intensified. Guilt may be caused by remorse at not being present at the time of death; feelings of relief that death has finally occurred; "by not stopping him smoking"; from guilty memories of the past; indifference; the feeling that we should have shown more love and affection and been more understanding and less demanding when the deceased was alive. Guilt is particularly intense if death was the result of suicide - the bereaved always feel personally responsible for what happened, convinced that if they had been more responsive or sensitive, they could have prevented the disaster. Some people will even create guilt in the bereaved by intimating that death was God's way of making them come closer to Him or implying that death was God's judgement for some or other sin. Guilt can extend for years after death if one does something that is considered disloyal to the memory of the deceased - maybe falling in love again; selling his clothes; buying a TV (which he hated); seeing a film of which she would not have approved; letting someone sit in "his" chair. Because the opportunity to say "sorry" has gone, the "guilt-laden" often make reparation by excessive expenditure on an elaborate funeral to show how much they cared for and loved the dead person. This can occur whether the relationship was a genuinely happy one or one full of bitterness and unhappiness. Guilt can lead to idealising and idolizing the dead person; filtering out all their bad points; making a shrine of the dead person or their possessions.

For those who counsel : Accept what the bereaved say; don't judge; don't apportion blame; listen with kindness and understanding. Once the bereaved have the confidence to share their guilty feelings, they are already coming to terms with them - all they need is a sympathetic listener, not a pragmatic "counsellor". If the guilt is "real" guilt as opposed to "grief" guilt, the bereaved will have to confess and atone in order to satisfactorily resolve the guilt - in this case a clergy person or other confidant will have to counsel them.

Anger : is a natural reaction to any loss - why should this happen to me? So, with death, we become angry with the doctor for not curing; the hospital for not caring; the minister who says everything is God's will; God Himself for allowing death to occur, especially if we prayed for a miraculous healing and believed the person was healed; anger directed at friends whose relationships are intact; anger at the funeral director because contacting a funeral director means that a loss has occurred which no-one wanted to happen; anger directed at the deceased for dying and "leaving me in this mess"; anger at the person who caused the death e.g. if the result of an accident or murder. We can even become angry with ourselves because of our own guilt feelings. A very sensitive clergyman once said "if you are angry with God, tell Him about it - He can take it and will understand" - good, sound advice. Anger can be directed at working colleagues of the deceased for putting too much pressure or responsibility and work on the deceased's shoulders. Anger can be directed at the community at large - "why should those hooligans be alive, when my good, kind Bill is dead?"

For those who counsel : Anger is a natural reaction to loss - however irrational it may seem to the observer. Let the anger be expressed - don't try to rationalise it, or it may lead to bitterness and alienation of friends and family.

For those who counsel : Accept what the bereaved say; don't judge; don't apportion blame; listen with kindness and understanding. Once the bereaved have the confidence to share their guilty feelings, they are already coming to terms with them - all they need is a sympathetic listener, not a pragmatic "counsellor". If the guilt is "real" guilt as opposed to "grief" guilt, the bereaved will have to confess and atone in order to satisfactorily resolve the guilt - in this case a clergy person or other confidant will have to counsel them. .

A fact of life we all die. But the positive impact you have on others will be a living legacy.

Men fear death, as if unquestionably the greatest evil, and yet no man knows that it may not be the greatest good.

Life is a brief intermission, between birth and death, enjoy it. 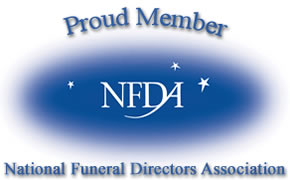